How did you, as a child of God, become subject to State statutes?

We wake up today and what do we find? The whole world is divided into nations. And inside those nations are hundreds of offices created out of the imagi-NATIONS of men. These offices are designed to license, regulate and control men. Those who hold these offices wield their power by making up laws and then compelling others to obey them.

We are going to be examining the flow of power in these offices. Who set them up? How do these offices gain control over us?

Let's start with a look at the Oregon Motor Vehicle Code. Hundreds of offenses are listed. One thing they have in common is a "person" commits the offenses.

Since only "persons" commit these State-created crimes, how do you become a "person" and subject to State statutes? You become a State-generated "person" by taking up residency with the State and stepping into the office of person.

The most common office held in the State is the "office of person." It is an office most people fill without even knowing it. The State created this office as a way to control people. They cannot control you just because you are a man or a woman. Why? Because God beat them to it. God created you and by right of creation He owns you.

The way the State gets around God's control is by creating an office, such as "person," and then claiming that you are filling that office. You must hold an office within their government in order for them to regulate you. First comes the office, then comes the control.

It is the nature of law, that what one creates, one controls. Law is the force that binds a creature to its creator. God created us and we are subject to His laws, whether or not we acknowledge Him as our Creator. Scripture tells us there is only one Lawgiver and Judge (James 4:12). 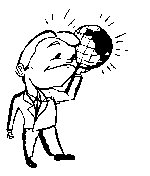 Legislators, in mischief, think that they can play God and make laws, too. They create whole bodies of law, motor vehicle code, building code, compulsory education laws. And then they create supporting institutions to administer these regulations.

Within these organizations are hundreds of state-generated offices from clerk to governor. But these organizations cannot function properly unless they have subjects to regulate. The legislature obtains these subjects by creating an office that nobody even realizes is a State office. They create the office of "person." 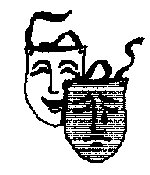 A look at Webster's dictionary reveals the origin of the word, "person." It literally means "the mask an actor wears." That's its original meaning. What is the purpose of a mask? It is a covering for the face to conceal or disguise one's true character or identity. Ancient Greek and Roman actors wore masks on stage to identify a particular character. A mask is a false face.

The reason all State residents hold an office is so the State can control everything. The State must mandatorily control anything that it wants to manipulate. The State is so deeply involved in controlling everything, that it even tries to control those who belong to God. That is its nature. The State is in competition with God.

Do you think you are a free man? They tell us, "all men are free." What they don't say is that by holding a State office, a free man becomes a slave to the State.

The State is ever ready to entice us into the office of "person." Once we step into that office, we cease to be free men under God. We are regulated creatures, created by the legislature. We hear about "free men," but we never hear about "free persons."

If you build your house on an office created by men, it will be built on sand. The office is changed and manipulated to conform to the whims of men. When you hold the office of "person," created by the legislature, your office isn't fixed. Your duties and responsibilities are ever changing. Each legislative session binds a "person" to more burdens and requirements.

If you look in the Bible, Jesus has set up various offices under the covering of the Kingdom of Heaven. "For as we have many members in one body, and all members have not the same office" (Romans 12:4).

These offices are for citizens of Heaven. When we fill these offices, we leave no room for crafty men to convince us to jump into the offices that they have set up. Look at Ephesians 4:11-14:

And he gave some, apostles; and some, prophets; and some, evangelists; and some, pastors and teachers; For the perfecting of the saints, for the work of the ministry, for the edifying of the body of Christ: Till we all come in the unity of the faith, and of the knowledge of the Son of God, unto a perfect man, unto the measure of the stature of the fulness of Christ: That we henceforth be no more children, tossed to and fro, and carried about with every wind of doctrine, by the sleight of men, and cunning craftiness, whereby they lie in wait to deceive.

To establish a proper foundation, you want to hold an office that is built upon Christ, our Rock. In the office of ambassador of the Lord Jesus Christ, your office is fixed (see 2 Corinthians 5:20). You know what Jesus Christ expects from you. Christ doesn't change that office. The requirement is simple, live in righteousness. Love God and do to others what you would like done to you. Because that office is unchanging, the foundation is like a rock and the burdens are light.

Don't be deceived into taking up residency with the States. Take up your residency in the Kingdom of Heaven. Find out what your gifts are and use them in Christ's Kingdom.

"As the branch cannot bear fruit of itself, except it abide in the vine; no more can ye, except ye abide in me. I am the vine, ye are the branches: He that abideth in me, and I in him, the same bringeth forth much fruit: for without me ye can do nothing" (John 15:4,5).

That means if you start filling those State offices, you are abiding in the State and are cut off from the vine of Christ. Apart from Him, you can do nothing. You have no life.

"If a man abide not in me, he is cast forth as a branch, and is withered; and men gather them, and cast them into the fire, and they are burned" (John 15:6).

The State has kicked out Jesus Christ. Any of the offices they have created are part of a vine that does not receive its life from Jesus. All the branches on the State's vine will wither and die.

Return to the True Authority. Let Jesus Christ and His Kingdom be your covering. Why should we perform for them! "Repent!" Take off that mask. Quit being a "person" beholding to their decrees. "For the LORD is our judge, the LORD is our lawgiver, the LORD is our king; he will save us" (Isaiah 33:22).

When you remove the mask, you become directly accountable to God. Take up your office in the Kingdom of Heaven. Let's fill the offices that Jesus created and do the works of God.